Can Betta Fish Live with Goldfish?

Two of the most common fish species often adopted by aquarium enthusiasts are Goldfish and Betta fish. However, if you already have goldfish and are wondering if you can keep betta fish with goldfish together, then the answer is yes, betta fish and goldfish can live together, but you may not want to keep them in the same tank since both of them are different species and have different needs.

The beautiful long fins and colorful scales of goldfish and bettas may make you want to keep both of these fish together, but better to learn about these species individually before making any decision.

It is prudent to learn about their compatibility, immune system, what they eat, and more. This post will help you understand everything about betta fish as well as goldfish.

Can You Keep Betta Fish with Goldfish?

As said, goldfish and bettas can live together, but there are specific parameters that you should be aware of. These two fish species are different and are not really good tank mates.

Let’s dig into some detailed information about them both that will help you decide whether you should keep these two species together or not.

Do They Get Along?

Betta fish, unlike goldfish, are incredibly territorial. They are tropical fish and don’t like to mingle with other species, which is why these pet fish find it difficult to live with goldfish and are not ideal tank mates.

Not just goldfish, a pair of betta fish can also end up attacking each other until one of them is injured or exhausted.

In addition, some Bettas may also get agitated when another fish is around them. Although the females are less aggressive than male betta, coordination with goldfish will become an issue.

And if you must get a betta fish, go for a female betta and not a male betta. It is not impossible to keep goldfish in a betta tank, but problems are more likely to arise because bettas are fighting fish or siamese fighting fish. But when it comes to goldfish, they can easily get along with bettas. This is because they are relatives to the wild Prussian carp.

Wild Prussian carp are from Central Asia. Goldfish are not aggressive towards any sea creatures, so goldfish are the most popular choice for first-time fish owners. However, they are social, hence do require some swimming space. So, even if your goldfish may live peacefully with the modern bettas, bettas may not be that inclined to live with the goldfish.

To help you understand better, bettas will survive in water that has a 76-82°F temperature. But when it comes to goldfish, they need 68-74°F of temperature. This should tell that the temperature requirement is indeed different between these two.

Many may think that they will make them both stay at a temperature of 75°F, but this temperature is not recommended for either of them. The minimum temperature requirement for bettas is 76°F; if the temperature drops, they will start having issues. Their immune system needs a balanced temperature to strive.

Moreover, the fish will suffer from stress and swim bladder disease, a few things you will never want your pet fish to go through.

Simultaneously, if you increase the temperature, the goldfish will begin to suffer. So, the crux is not to make goldfish and the tropical fish suffer from temperature shock that will hurt their metabolism.

Regarding cleanliness, both betta fish, as well as goldfish have different requirements. Goldfish are dirty and by keeping them in the same tank as bettas, may increase ammonia spike.

Bettas will not survive in water with high ammonia spikes. And even though bettas are hardy fish, it is better not to keep betta fish and goldfish in the same tank because they can succumb to ammonia poisoning.

Moreover, it can lead to fin rot as well. And since goldfish will make the water dirty quickly, you will have to keep cleaning the water tank frequently. Therefore, be prepared for frequent partial water changes.

Bettas are clean. Therefore, when you keep betta fish and goldfish together, you will have to keep the water clean since bettas are not dirty fish. And frequent water change means stressing your bettas. Of course, you can use a strong filter to keep the tank clean and to control the nitrogen cycle, but yet again, bettas will not like it.

How to House Goldfish and Betta Together?

Letting betta fish live alone for some time will allow them to get used to their surroundings. Then gradually, introduce your fancy goldfish.

Remember, wild bettas are territorial, and betta fish live independently. So if they see goldfish all of a sudden, they may end up attacking and hurting them. To avoid such a situation, get a goldfish aquarium and keep the quarantine tank next to betta’s tank.

Also, goldfish will need reasonably strong water flow. This will let both the species see each other. Another thing that you can do is get a tank divider. They will be available in glass or plastic, and you can use them to create a partition for both species. But, again, let them see each other and get used to it.

Once both the occupants become comfortable with each other’s presence, remove the divider. Please note that betta fish may march forward to attack goldfish because they want to protect their territory; this is a typical characteristic of this fish. If you don’t feel safe keeping them together, you can place the divider once again.

The tank should be filled with 30 gallons of water since goldfish will require a larger area to swim freely. Goldfish prefer water in excess.

Placing plenty of tank décors, such as ornaments, plants, and rocks will be an ideal thing to do, so that the fish can hide and retreat when they feel threatened by others. In addition, invest in a good water filter to keep the water clean. However, ensure not to buy a filter that is too powerful.

Can You Keep Bettas and Goldfish Together Temporarily?

Don’t Keep Them Together For Too Long

You shouldn’t keep bettas and goldfish in the same aquarium for long.

Do remember that the water temperature and cleanliness requirements are different. So if you concentrate on keeping one species happy, the other will be affected. And this is the reason why you shouldn’t keep them together for too long.

If you have no other option but to keep bettas and goldfish in the same tank, you can do that without worrying. A mild fluctuation in temperature won’t harm them. But since it will be their first time in the same tank, keep a divider to peacefully make betta fish live with goldfish.

If the heater of one of the tanks is broken or the tank needs cleaning,  only then keep the two species together. If there is no need, avoid doing that to keep them secured in their habitat.

Is It Worth Keeping a Betta and Goldfish Together?

It is not worth keeping betta fish and goldfish together because they are completely different. Not that you can’t keep them together, but there are many things that you will have to consider.

Keeping the temperature right for both of them to not make them feel stressed out is prudent, and the maintenance is too high and not worth it.

Betta fish live differently. If you want to bring more varieties of fish to the betta tank, the recommended species to get are blue gourami, cory catfish, and neon tetras.

Your goldfish will need a bigger goldfish tank to swim from one part to another, which may make your bettas feel threatened. And preparing 30 gallons of fish tank or bigger is not an easy thing to do because maintaining it will require more work.

Another reason why it is not worth keeping them together is that goldfish will grow more prominent, and when they grow bigger than bettas, there is a high probability that they may attack bettas, something you may not expect from them.

And goldfish usually attack fish that are smaller than them.

Maintaining goldfish is not difficult because they eat anything and everything. This means that if they grow older than betta fish, they may consider bettas as their food source. More than that, goldfish can even eat betta’s food, which means goldfish will be overeating.

And both too much meat and too much vegetation are bad for your fish. So this is another thing that is not suitable for either of the fish.

So, before you decide to keep both of them together, remember these points again:

Both of their temperature requirements are different. Goldfish need 68-74°F, whereas bettas need 76-82°F. Don’t find a middle ground just because you want to keep together. None of them will feel good about it, and will affect their metabolism leading to different diseases and stress.

Unlike bettas, the tropical fishes, goldfish are extremely dirty fish. Goldfish produce a lot of waste. As a result, they can cause ammonia poisoning. You will have to keep the tank clean and do frequent water changes to keep bettas happy.

Moreover, you will also have to add a strong filter, which is not recommended for bettas. Also, avoid male bettas.

Your pet goldfish will grow bigger and may consider bettas to be their source of food. Moreover, bettas are territorial, and once they find other fish, they will fight them to protect their territory.

Captive bettas don’t need a huge tank, a small tank filled with 5 gallons of tank water will be enough for them to survive, but goldfish need more water because goldfish prefer more water. 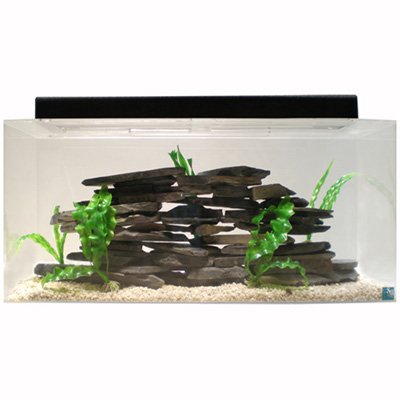 And if you keep them both together, you will end up spending a lot of money because you will have to keep them in a vast tank. But if you may,  remember to buy a big fish tank. You can find one in pet stores.

Goldfish eat anything that they find, and they eat very fast. This means that if you keep both of them together or with other fish, one species will end up eating more while the other will remain deprived of a proper diet.

Both betta fish and goldfish are popular fish species. But don’t keep them together because goldfish living with betta is not worth it. Goldfish are bad fin nippers. Both of them lack compatibility, and they are not suitable for each other.

Bettas won’t survive in lower water temperatures; unlike goldfish, their eating habits are different, and it is not good to stress any of the fish species. So, to sum up, get two different tanks if you fancy goldfish and betta fish and let them prosper individually.