How Many Goldfish In A 10 Gallon Tank?

The goldfish is one of the longest-lived aquarium species which are most beautiful. There exist various kinds of goldfish. Some of them include fancy goldfish, slender body goldfish, and fancy goldfish. Goldfish are robust and one of the most popular fish kept by enthusiasts of all levels.

How Many Goldfish I Can Put In A 10-Gallon Tank?

When you see goldfish in a pet store, they are usually in a little fishbowl. While most people think this is fine. Professional aquarium enthusiasts always tell to keep goldfish in a small habitat for a short period. When you keep the twisted tail and bubble eye which are the small goldfish in a tank of 10 gallons. 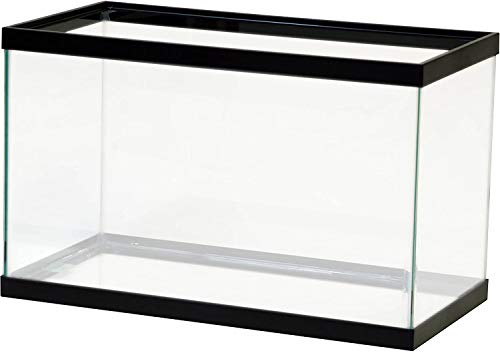 You would notice it can only grow to be 6 inches long. But if you want to keep a larger goldfish then a 10-gallon tank will not be suitable for it. Since the goldfish need a huge area to reach adulthood. You would need a larger aquarium to keep your larger and elegant goldfish.

What Species Of Goldfish Can I Keep In A 10-Gallon Tank?

In a 10-gallon tank, only the tiniest goldfish species should stay. The twisty tail and bubble eye goldfish are two of them. Keep in mind that both types reach the greatest length of 6 inches. You should keep the goldfish in pairs. If in case your goldfish tank does not have much space, at least two goldfish should be fit in a tank of 10 gallons.

Fish enthusiasts always suggest keeping the goldfish in a tank that has a large size. This would help them to swim without any restrictions and explore their aquatic environments. Goldfish enjoy interacting with other fish, particularly those of their species. But if you are thinking of keeping them in a 10-gallon tank. Since they need the company of other goldfish for better survival. Thus, it would not be reasonable for your goldfish.

Do Goldfish Grow To Fit Their Tank?

Goldfish secretes a hormone known as Growth Inhibiting Hormone (GIH). This is considered to be one of the great issues. When there is not any accumulation in the water where the goldfish grow.

When the water in small containers is not changed often enough. This hormone builds up and the fish does not grow. Besides, smaller containers with less water are more easily polluted. We notice small goldfish in the bowl. Assume that they develop to fit the size of the small bowl. This is because the water is not cleaned as often as it becomes dirty.

The truth is that they are frequently growing, sick, and will most likely live for a much shorter period. The goldfish would undergo severe bacterial diseases and disorders in its tail and gills. This is because many people keep their goldfish in limited space. And also in the polluted water for a long period.

Is A 10 Gallon Tank Really Too Small For Goldfish?

Growth is influenced by the size of your goldfish’s surroundings, as well as other factors. Still, it would be a misconception that your goldfish would only grow as large as its habitat. If your goldfish do not have enough space to expand to their greatest size. Your goldfish will most likely die before you realize the problem. Even if your fish stays alive in an insufficiently large area, further issues are likely to arise.

Stunted growth, abnormalities, and scaling and skin issues are all possibilities. There exist various aspects which would help you to help your fish to live long good health. Below are the important aspects which you should consider:

For goldfish, a fishbowl is no longer regarded as a suitable setting. Bowls are too small to allow a goldfish to develop to adult size. They can not be set up to offer adequate filtering and aeration. Even if the bowl is large enough, most goldfish never reach adulthood in a bowl habitat. Bowls lack the proper setup for a fish to receive the necessary levels of oxygen.

How Long Do Goldfish Live In A Small Tank?

While it is evident that rearing goldfish in a small tank is a bad idea. You would not find any specific method of recognizing how long would your goldfish live in a tank of smaller size. They will usually only live for 5 to 10 years on average, sometimes more and sometimes fewer.

A tank of at least 20 gallons of water would be better for an average-sized goldfish. A filter is another key feature that is usually missing from most goldfish small tanks. A good filter is essential. This is because goldfish can grow to be over 12 inches long. This means they produce a larger bioload than the normal goldfish waste.

So, if this is any sign, a nicely cared-for goldfish can live a long and healthy life in a small tank. Nonetheless, maintaining such a setup will be tough, especially as the fish grow older.

You will also have to devote a significant amount of time and effort to water changes and tank cleaning.

The following steps would help you to keep your goldfish alive:

Goldfish are quite simple to keep. But it is not very easy that you would be able to keep your goldfish in a small pot and wish for a satisfactory result. If you are planning to buy goldfish, you should buy at least 3-4 goldfish.

For starters, you should keep your goldfish in a tank of at least 10 gallons. But as they reach around 2.5 inches in length. You should transfer them into a tank of large size which would help them to grow.

PrevPreviousDo Goldfish Need a Heater?
NextWhat Can You Feed Goldfish When Out Of Fish Food?Next