The archer fish is a quaint fish that is noted for shooting a strong jet of water towards its prey (that are usually insects) in order to capture them and eat them.

The jet of water that the fish shoots is so strong that hits the insects hard enough that they fall into the water and the fish quickly eats them. This fish is also known to sometimes jump out of the water to capture its prey if the prey is close enough the water surface.

See this spectacle in the video below:

This freshwater fish likes to inhabit shadowed areas that has plants that hang just near the water surface.

The fish can live for as long as ten years as long as the tank water conditions are kept well for it to live in. In the wild, it is known to grow to about 12 inches long while in captivity it generally is a little bit smaller at approximately 5-7 inches long.

It must also be noted that the fish will shoot more or less water depending on its overall body size. The larger the body size, the more and longer jets of water it can shoot.

The fish has an elongated body that appears somewhat flat and the head of the fish is pointed around the mouth area.

While in the wild the fish can grow anywhere from 10 to 12 inches long. When they are being kept in captivity they will grow smaller in size at between six to eight inches long.

Unlike most other fishes known, the dorsal fin of the archer fish is located further back and the tail is well rounded.

There are various species of archer fish and each species has its own unique band pattern. The common banded archer fish has a body that appears silvery with a gold-like tint across its back with four to six bands that are vertical running on the body.

Archer fish is a freshwater inhabitant that is most commonly found in India, the Philippines, Australia, Polynesia and Thailand. The fish prefers dark areas on the waters where it hides just beneath the surface of the water as it lies and waits to attack potential pray.

They are mostly found living where there is thick vegetation and where plant vegetation hangs above the water surface. The fish can sometimes roam into the open sea where much of the water is continually freshened by rivers.

When taking any fish from the wild and bringing it into captivity there are certain conditions that must be kept in order for the fish to survive. Some of those important parameters include – temperature, oxygen levels, food and  pH.

In order for you to have a healthy archer fish kept in your aquarium you must make sure that you follow the following tank care tips and requirements to the latter:

This fish is primarily a carnivorous preferring to prey on other small insects and spiders it captures. It prefers lurking just beneath the water surface lying in wait for insects it shoots water jets at so as to fall in water for it to eat.

The fish is basically a hunter that will not sit and wait to be fed even when being kept in captivity. However, there are some archer fish that have been conditioned in captivity to eat below the water surface.

Here below are some foods that you can offer the fish when in captivity: 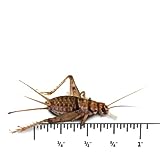 They like living in groups or shoals where they move about in hunt for what to eat. In their schools, they prefer to be plentiful or sometimes groups of just five that have similar body sizes.

In their groups they attack small fish that they eat and they even know how  hide from certain birds that may attempt to eat them. Remember thIS fish swims near the surface of the water, and therefore is usually vulnerable to possible attacks from birds that hover in the air looking for fish to prey on.

Since this fish is a predator, it may eat smaller fish in the tank so it’s recommended not to keep it with very small fish.

It can also be very aggressive if kept alone, so we recommend having this fish in schools of 4-5 where it feels much more comfortable and is not as aggressive.

Archer Fish is one of the most complicated fish to breed especially when being kept in captivity. However when they successfully spawn, the females will lay eggs that are too many. The eggs of the fish will float on the water and after fertilization normally hatches after a period of 12 hours.

Newly hatched fry of the fish are usually just a few centimeters long and the parent fish don’t have to give them care for them to survive as they will survive on their very own.

It is interesting to note that the juvenile fish usually learn how to shoot down prey quick in order for it to survive.

In conclusion, the archer fish is an incredible fish with amazing natural hunting skills that are nearly un-matched in the aquatic world.

As larger fish, it requires a very large tank which can be an issue for those that don’t have the space or the want to have such a big tank.